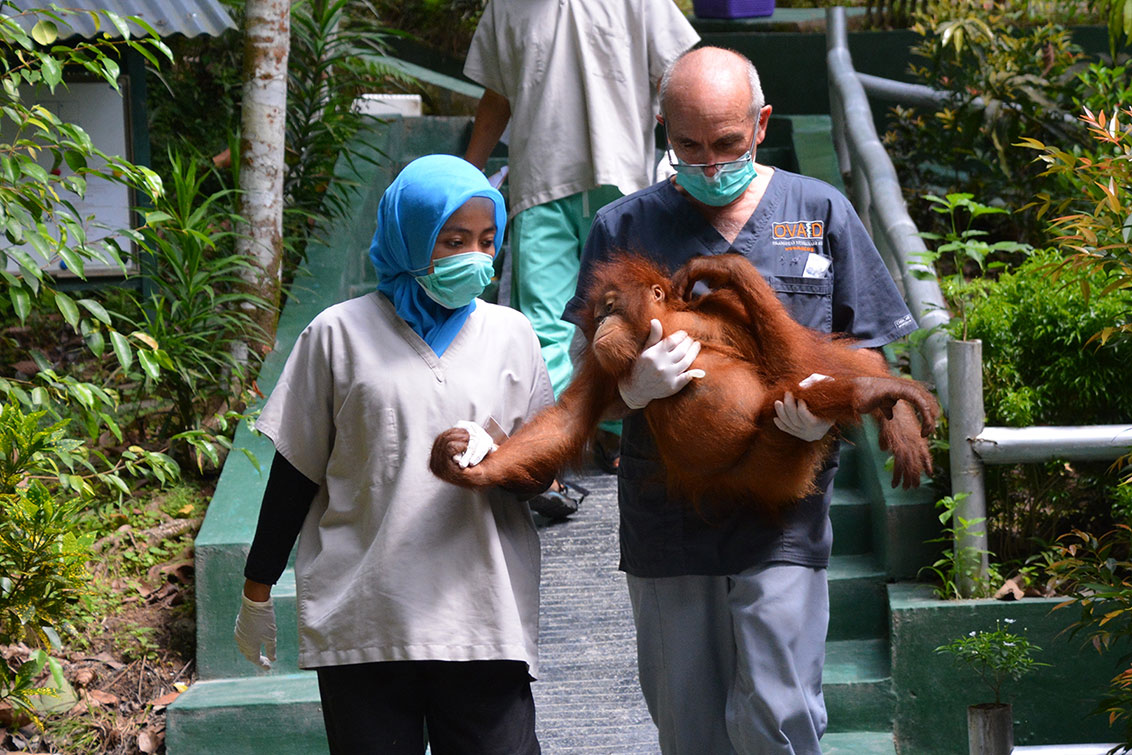 The orangutan is a critically endangered species found only in Sumatra and Indonesian and Malaysian Borneo. It is estimated that there are now less than 50,000 in existence with deforestation for the growth of palm oil and the resultant loss of their forest habitat is the primary driving cause of the decrease in orangutan numbers. The orangutan is an umbrella species in that it not only benefits its forest environment but at least 10 other species depend on its very existence and the extensive destruction of rainforest in Indonesia affects indigenous people along with numerous species of animals, insects and plants – not just the orangutan. With orangutan numbers decreasing alarmingly the welfare of rescued orang-utan is vital and that any anaesthetic procedures undertaken are safe.

OVAID sprang from the disturbing realisation that vets in Malaysia and Indonesia working with the charismatic and critically endangered orangutan were often doing so with minimal, outdated medicines and equipment in poor conditions. In 2016 OVAID received urgent requests from orangutan rescue centres for anaesthetic equipment and after discussions with Dr David Humphrey at the London Vet Show two ADE systems were purchased for use in Indonesia. The ADE system was chosen for a variety of reasons which included;
* Quality of construction and reliability.
* Rugged and suitable for remote harsh environments.
* Easy set up and low maintenance.
* Simplicity of use for operators.
* Low flow oxygen rates.

Our requirement was that the system should be capable of anaesthetising orangutan from 5kg to 100kg+ and initially many veterinary surgeons are perhaps surprised that flow rates as low as those quoted by Dr David Humphrey for the ADE system are really viable. Having used the system in Sumatra during 2016 to perform numerous procedures on orangutan of 75 – 100kg I can verify that the low flow rate is achievable. Using sidestream capnography we found that flow rates of <500ml/ minute were still achievable and quite satisfactory in large adult orangutan. The two ADE systems have now been in regular use in rescue centres in Indonesia over the last two years without problems and the charity has been so pleased with the performance that it has just ordered a further ADE system at this year’s London Vet Show for use in another rescue centre Kalimantan. 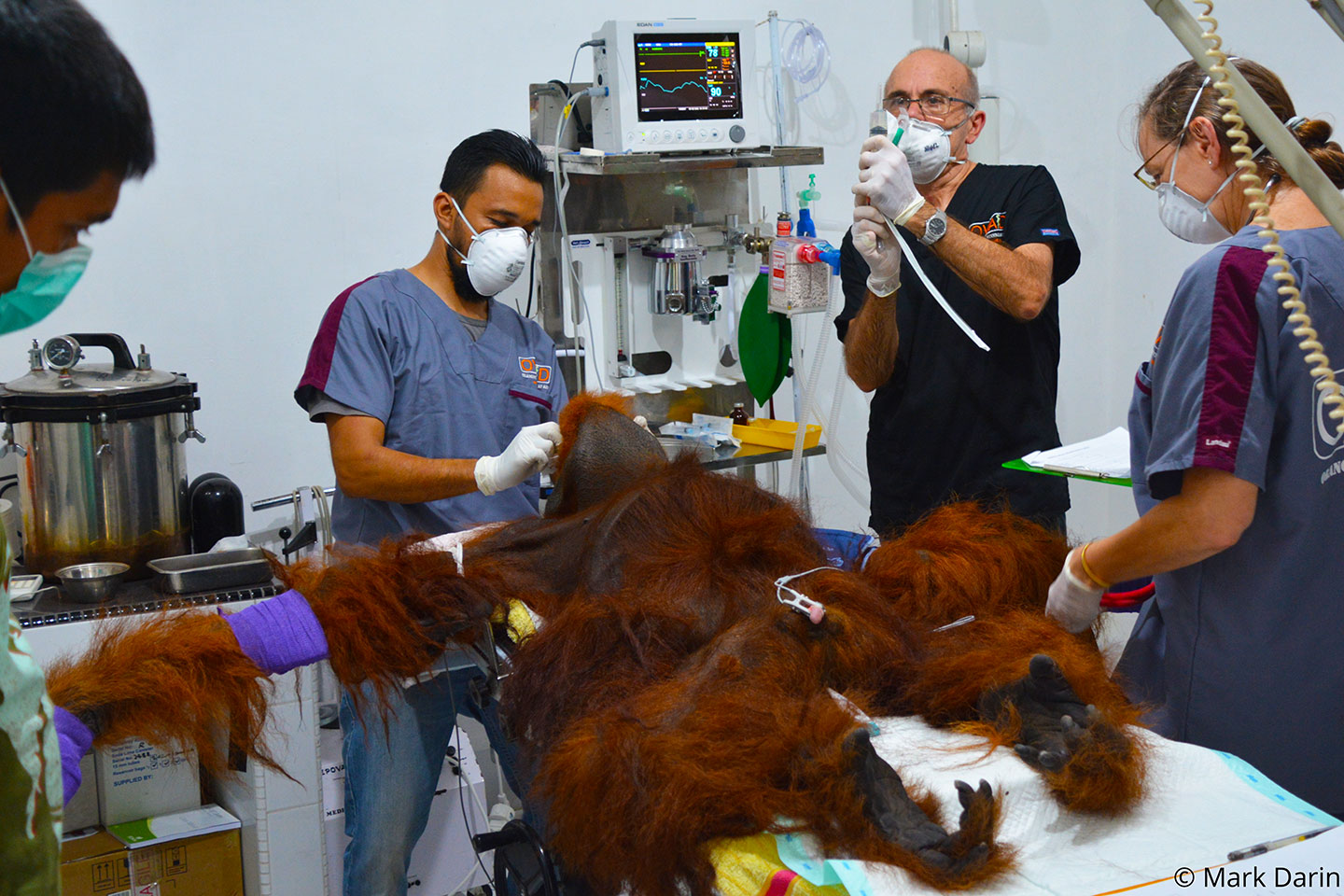